Your mind, body, and everything in between can be changed with thought–and science proves it

Recent studies have shown that you can increase muscle size and power using only visualization techniques. The use of hypnosis and brainwave vibrations maximizes the muscle growth power. Some related studies date back to the 60s, but I will be talking about the more recent ones. These amazing studies helped inspire me to create recordings like the Ultimate Muscle Program.

I’ll sum up the studies in as simple terms as possible, and also provide some links if you would like to read the studies on your own.

You become what you think about.

Indeed, many mystics even claim that people at the highest level of human transcendence are able to manifest creations at instant speed. The Tibetan Buddhists would often call this state the Rainbow Body.

The day science begins to study non-physical phenomena, it will make more progress in one decade than in all the previous centuries of it’s existence -Nikola Tesla

A study on sports performance and imagery

In a famous 1989 study, they showed that you can improve performance of basketball shots just by imagining it in your mind, and that you can improve it even further by practicing it in real life as well. The effect is much stronger when you combine both. This is unintentional use of hypnosis for performance. They may not have even realized that they were doing hypnosis to improve with basketball. 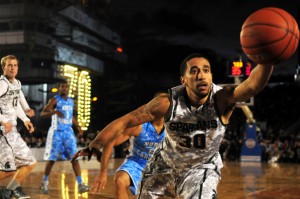 They reported that imagery that is more vivid, alive, and real-feeling is more effective. Additionally, relaxation appears to enhance the effect. This is why I like to focus on constant relaxation combined with the most intense imagery possible to create recordings. It’s all about maximizing those two factors (And that’s pretty much all it takes!)

Exercising one side of the body improves muscles on the other side as well.

In another study, researchers found a method to change the muscles on one side of the body without exercising them at all! 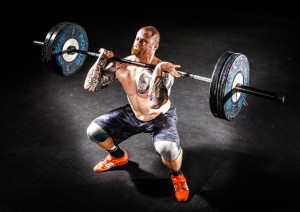 This study compared the muscle strength of 3 different controlled groups:

Subjects that used only imagination.

Subjects that used only physical exercise.

Subjects that did nothing.

The imagination group saw a 35% increase in strength, while the physical exercise group saw a 53% increase, and the control group received no change. 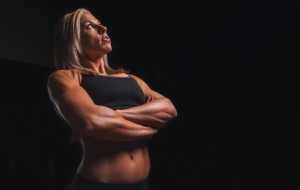 I think these results could have been increased even more if they knew how to use hypnosis for bodybuilding and fitness.

A 2013 study found that the mental imagery group got stronger, and the control group became weaker

The group without any mental or physical exercises actually decreased in strength, while the mental imagery group had a great increase. 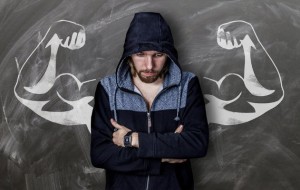 The placebo and nocebo effect are actually vital tools

The placebo effect is in all scientific studies of the body. But some studies don’t mention it, because these studies are about using it to your advantage! Some people think that the placebo effect is something that just gets in the way. The fact is, it is incredibly useful.

If people can be healed or physically/mentally changed by thoughts, then do it. In fact, dont just do it–maximize it in the best way possible, because it is a total game-changer! We are not talking about giving people sugar pills. It’s about getting someone to focus on the thing they want, and making them believe in themselves. 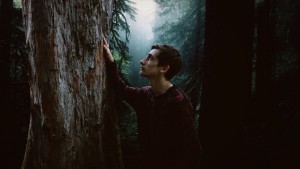 If you tell someone that they are improving, then they improve! If you tell them that their treatment is not doing anything (or they think it wont work), then it will not work very well. This is called the nocebo effect, a lesser used term that just refers to the opposite effect as a placebo.

The placebo effect makes incredible changes to your body. For example, before I eat any food or drink any water, I always give appreciation for it and imagine the wonderful things it is doing for me–giving me energy and building my body in a healthy way. Before I did this, I was always sick and weak. I couldn’t even muster the mental or physical energy to work at a job. After I started appreciating my body and my food consistently, all my digestive problems vanished. My body loved the food I gave it. I could eat anything I wanted, and I found myself wanting to fill up with even more foods that are good for me.

Further studies on the human mind changing other phenomena

Entanglement allows you to transport data at instant speed from one particle to another, anywhere in the universe as long as the two particles are entangled. When one particle changes direction or form, so does the other one, no matter how far away it is. This is how the data can be transferred.

Erwin Schrodinger first coined the term ‘entanglement’ in a paper from 1935. It turns out we have known about this stuff for a very long time (or at least someone has). But Albert Einstein actively fought against it. He thought it was far too paranormal or ‘spooky’ to be real.

Scientists just recently accomplished this quantum teleportation of data to a satellite orbiting Earth, the first to demonstrate that we have the power to change particles that are entangled in space. 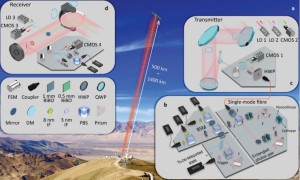 One day this technology might create vast networks of instant communication all over Earth and into the stars. Maybe one day it will actually change our bodies, or even allow us to teleport entirely.

Scientists first discovered this phenomena when they noticed that the spin of Earth’s photons matched the spin of photons in space. Perhaps the same thing happens when you interact with another person. The particles in your body may begin to match some form of the other person’s. It’s nice to think that  the particles in your body may be changing from the audio or visuals that you’re experiencing while in an open state of mind (like hypnosis). Actually, all experiences that you have are changing you in every moment. Is this from the particles of your body being constantly entangled with other particles?

It’s amazing to see this previously tin-foil-hat stuff being confirmed in a United States Military report.

The CIA carried out one of the most well known extrasensory studies known today, the Remote Viewing Program. They used certain talented individuals to remotely gather intel with their minds, to great success. But they also reported on studies involving well-gifted individuals literally teleporting objects meters across a room, like paper, mechanical watches, and insects, without ever touching any of the objects.

The experiments were operated under exceptionally well-controlled environments under double-blind conditions. The researchers were from colleges and medical research institutes and the PRC National Defense Science Commission.

There are many anecdotal reports of people or objects being teleported, but this is one of the first times that it was personally and scientifically observed in rigorously controlled and repeatable laboratory experiments. 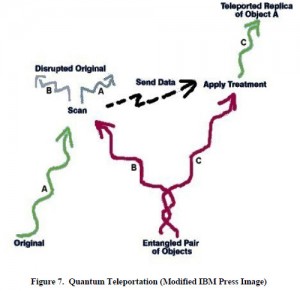 Some of the scientists think that we may have to create a new type of physics which incorporates the human consciousness with quantum and space-time physics (two levels of physics that already defy each other at times, applying to different circumstances and scales).

The U.S. Military was very much concerned about the research that the soviets were conducting–what they called “controlled offensive behavior”. They were exploring techniques on influencing human behavior. This included sounds, lmages, and hypnosis. They were also looking into even deeper methods like electromagnetic fields, biochemicals, psychokinesis, and ESP.

Bioenergetics- Those phenomena associated with the production of objectively detectable effects such as psychokinesis, telekinesis, levitation effects, transformations of energy, i.e. the altering or affecting of matter (LaMothe,1972)

These so-called bioenergetics might be exactly what is happening with hypnosis recordings that change the body.

You can read the CIA/DIA report on teleportation here: https://fas.org/sgp/eprint/teleport.pdf 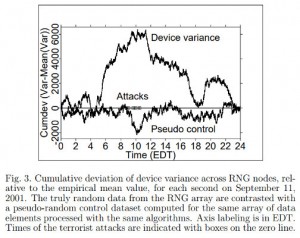 When a computer generates a random number sequence, the numbers always equalize in frequency after a long test sequence. A strange anomaly occurs during world-wide emotional shifts, though (such as disasters and terrorism attacks). The pattern becomes structured. It is no longer random. The thoughts and feelings of people on Earth can change the pattern.

Read about that here:

Researchers created a machine that essentially flips a coin continually (digitally), recording the results of thousands of flips. Naturally, it always amounts to a near-perfect 50/50 chance. But when people put their thoughtful intention into the machine, it would change the odds in the direction they wanted. The change cannot be explained by physics or statistics. 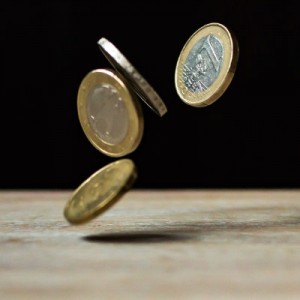 A young undergraduate actually convinced a researcher (Rocket Scientist/Aerospace Engineer Dr. Robert Jahn) to take on this strange project, but most institutions refused to peer review it.

Another study similarly demonstrated that people can change the chances of a dice roll to their own preference, statistically. 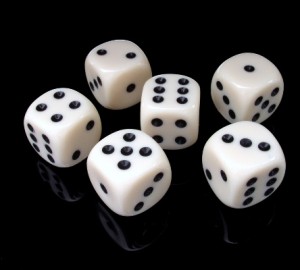 “Mental intention is correlated with the fall of specified die faces.” (D.I. Radin and D.C. Ferrari, 1991)

Feel free to read it here:

I still have a distaste for gambling though–it’s a statistically losing game. Studies show that your mind can change the dice roll very slightly, but the casino odds are still pushed into the house’s favor, far beyond anything you can do with your mind (unless you are extremely gifted). Math is still a thing.

The late Dr. Emoto passed away in 2014, leaving behind a legacy of experiments that have been challenging mainstream thought for years. He has demonstrated the power of thoughts and emotions on the formations of water and plants. If humans are made of 70% water, that’s a big change when you have control over it.

His most famous work is on his photographs of water crystallizing after emotions have been given to it. 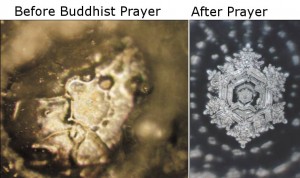 This is a pretty famous study, its a newer one from just a few years ago. It shook up the media and general public a lot, and for good reason. They demonstrated in a double-blind, randomized test that you can actually change the thoughts and emotions of other people with positive intentions. One group drank tea that was blessed by monks, and they felt much happier than the other groups. 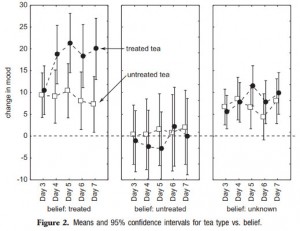 The implications for changing the body with these intentions are enormous.

This study is much easier to read than most! So if you aren’t used to reading scientific reports, give this one a shot.

The problems with scientific research on the way thoughts/emotions affect physical objects and the body:

1. Thoughts and emotions are not very measurable by today’s science. This makes it extremely difficult to measure the input. Science likes numbers. There is no real metric for an amount of happiness, likewise for an amount of anger. You cannot measure how good someone is at visualizing an improved body. Even if the phenomenon can be observed, we cannot measure it. It’s like trying to measure temperature before anyone has invented a thermometer.

2. Most science today has created a very mechanical mindset among people. You can’t blame them. We have just come out of the industrial era and into the technological era. Many people will dismiss such phenomena without even looking at the evidence. These things just simply are not talked about in universities–they can’t be published or peer reviewed, and publishing studies is essential for your survival as a researcher. They have a saying in universities, ‘publish or perish’. And if you try to work on a study like this, you can easily perish.

Hats off to all the people with the courage to come out against the status quo and reveal to the general public the truth about the power of our minds.

However, the military does not care about the thoughts of scientific peers or common people. Military research has been the forefront of these studies, recognizing the possibilities of the phenomena, so that they can harness the power that’s right in front of us. I have no doubt that they are still doing classified projects, researching all kinds of wild, awesome things.

D.I. Radin & Y-J Shiah (2013) Metaphysics of the Tea Ceremony: A Randomized Trial Investigating the Roles of Intention and Belief on Mood While Drinking Tea. Explore, Vol. 9, No. 6